Newsletter of the ICLE – January 2020 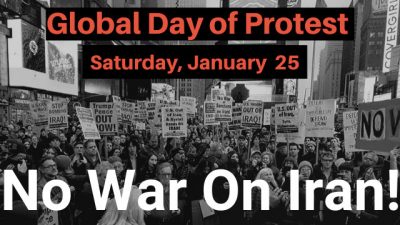 As you have already received, the International Committee of Liaison and Exchanges received the call launched by several American organisations inviting to organise a global day of protest, Saturday 25 January, “No War on Iran!”

The ICLE, which, in its final declaration, declared itself “for organising an international day against wars and repression”, naturally relays this call.

Initiatives of gatherings the 25 have already been taken, as far as we know, in response to this call in France, Spain, Switzerland…

This is the first point of the CILÉ Information Letter. You can also find: